Christmas - Bedford celebrates the world's favorite holiday with you

Christmas is an annual festival commemorating the birth of Jesus Christ. Observed primarily on December 25. As a religious and cultural celebration among billions of people around the world. The Roman Church began observing this holiday on December 25 in 336 A.D. December 25 was originally the birth date of the God of the Sun, as prescribed by the Roman Empire. Some believe that Christmas is celebrated on this day because Christians believe that Jesus is the Sun of Righteousness and Eternity. After the middle of the 5th century, Christmas became a tradition in the Church as an important holiday, and gradually spread among the Eastern and Western Churches. The specific dates and forms of activities celebrated by the denominations differed due to the different calendars used and other reasons. Christmas customs spread to Asia mainly in the middle of the 19th century, and China were influenced by Christmas culture. Nowadays, it has become a common custom in the West to give gifts to each other, to hold feasts, and to add to the festive atmosphere with Santa Claus and Christmas trees. Christmas has also become a public holiday in the Western world as well as in many other regions. 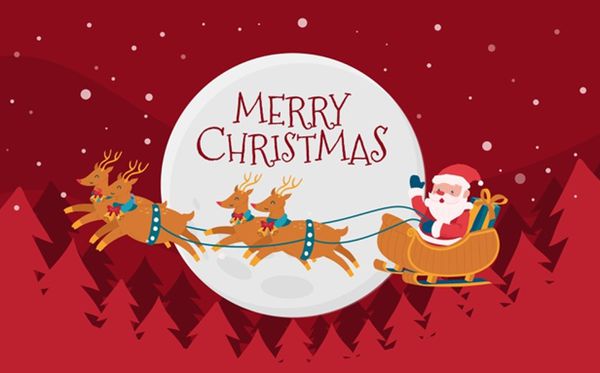 Countries around the world are becoming more and more connected, and the Christmas atmosphere in China is very strong. One thing that must come to mind when you think of Christmas is Christmas presents. In fairy tales, Santa Claus puts presents in stockings and gives them to everyone. In reality, we at Bedford have many gifts for each of you who are reading this article. We hope our gifts will be delivered to your pockets via Santa Claus (or maybe a courier). We have prepare many gifts for you, maybe a B713--Intelligent Constant Pressure Pump Controller, maybe a B505--General Purpose Vector Frequency Inverter, or maybe a WLD280--Solar Pumping Inverter.

Bedford was awarded as a national "Small Giant" enterprise